By admin
Posted January 25, 2016
In News and Events, Uncategorized
Improving Oldham Hall’s dining experience2016-01-252018-03-16https://www.oldhamhall.org/wp-content/uploads/2018/09/oh-02.pngACS Oldham Hallhttps://www.oldhamhall.org/wp-content/uploads/2018/03/newly-renovated-dining-hall.jpg200px200px
0
0
Heralding the upgrading works to ACS Oldham Hall was the upgrading of its Dining Hall. The upgrading works in the Dining Hall began in late November once the majority of boarders had left for home to enjoy their December holidays. This minimized the disruption and inconvenience that would otherwise be caused to boarders.
The works scheduled for the end of the year were duly completed before boarders began streaming back in towards the end of December. The Dining Hall now sports brand-new,energy-efficient LED lighting, while preserving the ambience of the area. Additionally, the air-conditioning systems have been replaced, and the ceiling and walls have acquired a fresh coat of paint. We also look forward to changes to the existing furniture, which has weathered many years of usage. This Dining Hall is well-known for its unique round tables which boarders love, as these makes interaction over meals so much easier.
The Dining Hall also hosts wedding lunches and church-related events from time to time. Seating a maximum of 400 guests, it comes fully equipped with a stage, projector, projection screen, as well as a public address system. Request for the multimedia support may be done when renting the Dining Hall, which support is provided by ACS Oldham Hall’s own boarders – members of the Multimedia Club.
We can all look forward to enjoying the refurbished Dining Hall with its new look and ambience.
admin
Recent Posts
ACS OLDHAM HALL
OUR HOSTEL
BOARDING LIFE
SERVICES
OTHERS
CONTACT US
Copyright © 2018 ACS Oldham Hall. All Rights Reserved
Contact Us

Live chat is not available right now. But you can send us an email and we will get back to you ASAP 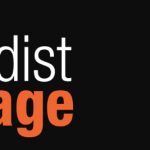 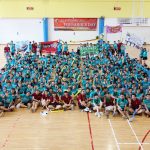